Foraging season isn’t over yet so I’m still on the look out for tasty treats nature has started dropping to the ground.  My main focus in foraging this year has been the elusive Paw Paw fruit.  How could I have gone this long without sampling a fruit the grows naturally in PA? There is a big Paw Paw tree on campus but it looked like it was an off year and it didn’t have a large harvest. This bothered me, not because I am greedy, but because I was afraid I would have to wrestle the squirrels (or possibly fellow foragers) for a sample. Also, since this fruit isn’t really sold in stores it is one of the few foods anymore that are truly seasonal.  I remember as a child we would never eat cantaloupe, watermelon or berries outside of the summer months.  Maybe they were available but they were probably far outside of my family’s food budget. Now, with international trading, you can easily get these for a reasonable price year round (of course the carbon footprint attached should be thought about too).  So, this is why it was so damn important that I sampled this incredible treat this year.  I went out and plucked just one small fruit so others could also enjoy harvest.  I took it back to my office and shared a sample with one of my student employee as he too had never tasted this Northeastern tropical wonder.  I have since heard that it is also called the West Virginia Banana which is one of the funniest things I have heard in awhile. A few days after my first paw paw I was walking by and saw that almost all of the fruits had dropped and were on the ground. It would have gone against all of my morals if I would have left them to rot in the ground so of course I brought them home to nosh on.  They are VERY fragrant and filled the room with a sweet smell as soon as they were on the counter. Until next year my paw paw friends. 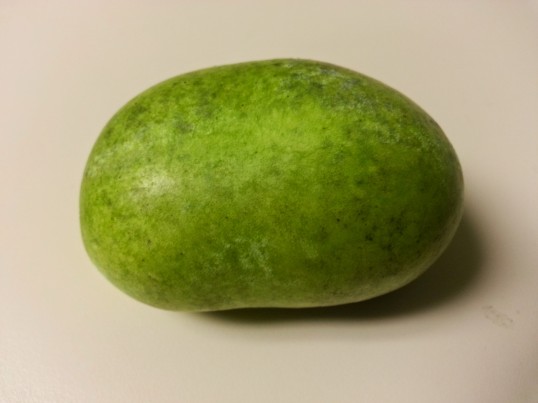 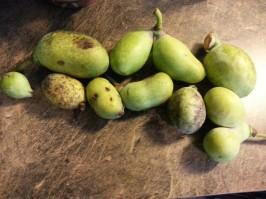 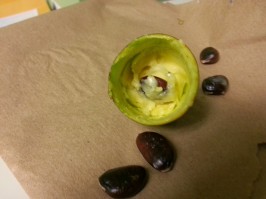 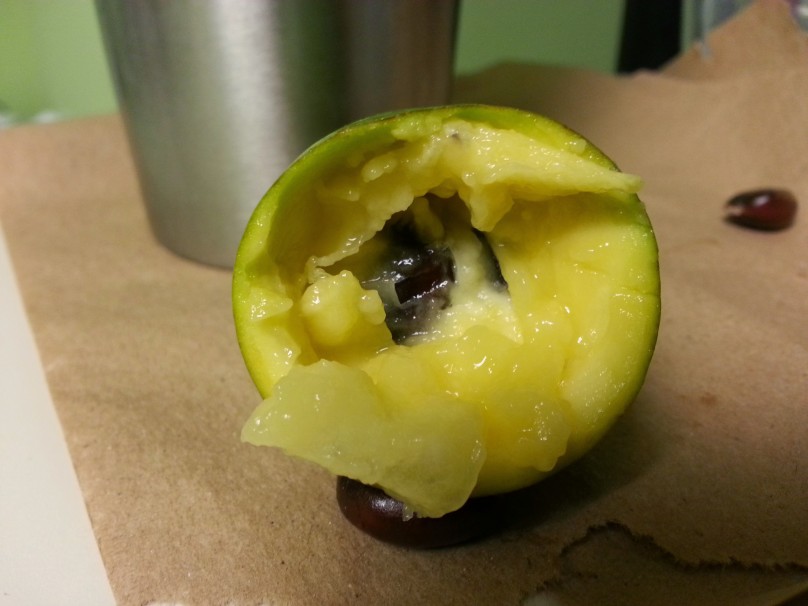 My other favorite find of the year is a pecan tree. PECANS! In the North! There are 2 actually but the one wasn’t producing much this year. The other one was loaded though.  The tree branches did overhang the sidewalk but most dropped in a yard of a local business.  I simply emailed them and asked if they would mind if I grabbed some of the dropped ones and they were cool with it so I filled up a big bag and let them dry. One thing that was hard for me to tell was if they were black from the shell aging from this year or last year. It’s not hard to tell once you open it though because the inside is non-existent on the old ones so those were chucked. 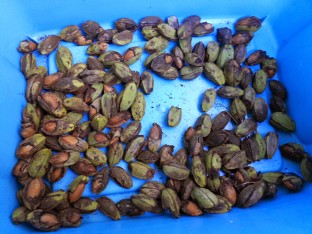 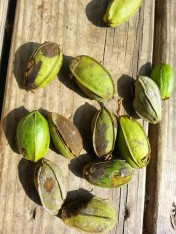 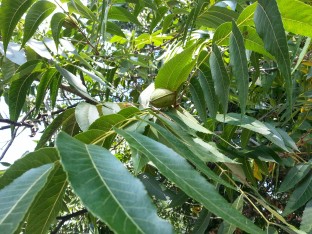 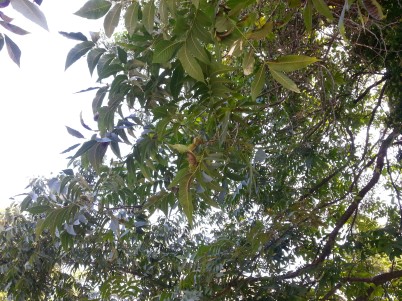 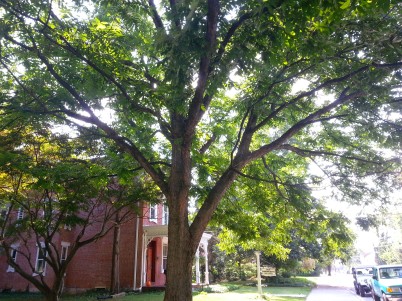 Other adventures took me to the back of my children’s old day care where a big ol’ chestnut tree was dropping nuts all over.  I had company there with the squirrels.  We generally stayed out of each other’s way until the end when I’m pretty sure one started to yell directly at me.  It wasn’t just for a second either.  He really let it go for awhile.  At this point I have a decent yield and went on my merry way.  After getting home I put them in a bin on the back porch with a lid on it but those sneaky bastards lifted it and stole a bunch back from me.  It was probably karma really. 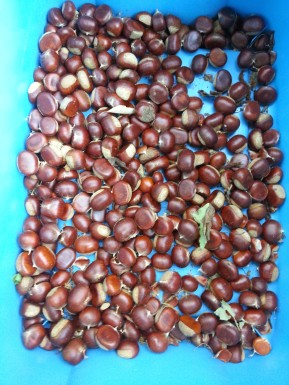 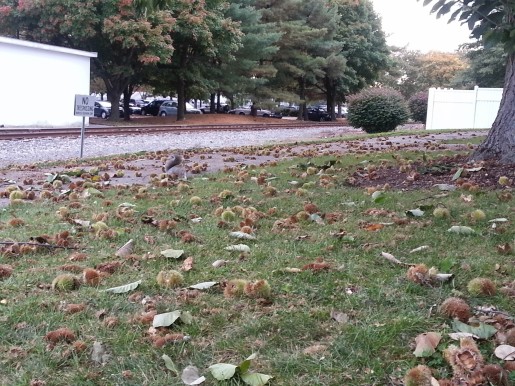 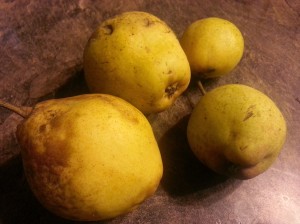 I don’t have pictures of most of the pears because for once I actually processed them quickly.  It was also a small yield but my next door neighbor is going to let me come back and snag some more.